The Open Government Partnership in Mexico has been in operation since the end of 2011. At the time this report was written, three Action Plans had been devel-oped, of which the last was affected by the dissolution of the horizontal and per-manent dialogue mechanism between participants, named the Tripartite Technical Secretariat. This was due to unfavorable contexts which affected the co-creation of commitments of the action plan, and the participation of Civil Society due to acts of illegal digital surveillance carried out by the federal government. This report is comprised of four sections to narrate and analyze the experience and results of the Third Action Plan: (1) context of the co-construction process of the Third Action Plan; (2) Civil Society’s reflections on the development and outcome of this action plan; (3) analysis of the results reported by the Mexican government on Open Government efforts in general, and in particular on this Action Plan; and (4) conclusions that this process was a co-construction simulation, which, additional-ly, did not comply with the agreed scope in which there were over 400 participants. This report was created by the Coordination Team of the Civil Society Core Group. The documents presented here were recovered by October 8, 2018. 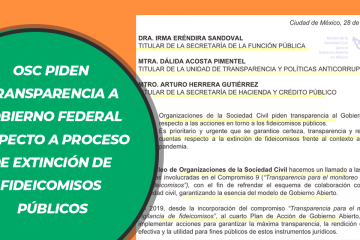 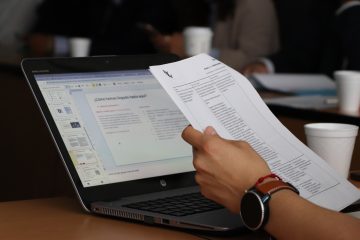